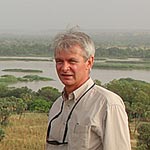 As of October 1, Dr. Mark Ivey officially became the ARM Climate Research Facility’s North Slope of Alaska (NSA) Site Manager. From 1993 to 2000, Mark worked for the ARM Program as manager of the Tropical Western Pacific (TWP) Atmospheric Radiation and Cloud Station (ARCS) engineering team and ARCS integration site at Sandia National Laboratories. In 2000, Mark took an unofficial sabbatical and spent four years at Montana State University (MSU) in Bozeman. During this time, he was a senior research engineer at MSU’s Spectrum Lab, taught as an adjunct professor in the electrical and computer engineering department, and served as a program manager for the Scientific Materials Corporation, a technology-transfer partner to MSU. In 2004, he returned to Sandia Labs, and traded MSU Bobcats for Alaskan polar bears and arctic-grade parkas when he accepted a position as the NSA Operations Manager.

Mark has a B.S. in environmental engineering from New Mexico Tech and a M.S. and Ph.D. in electrical engineering from the University of New Mexico. Legendary trout streams and fly-fishing drew Mark to Montana, but the unparalleled blue skies of New Mexico and fresh-roasted green chili brought him home. Mark finds the great open spaces of the North Slope, the challenges of the arctic environment, and an opportunity to work with the wonderful, independent people of Alaska added benefits of his new position. Please welcome Mark and support him in his new role as NSA Site Manager. 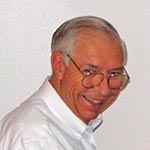 On October 1, Dr. Bernie Zak moved into the new and challenging role of NSA Science Liaison. Bernie was manager for the NSA site since the early planning and implementation phases of ARM’s NSA site, and he has more than a decade of experience working on the North Slope of Alaska. As a senior scientist at Sandia National Laboratories, Bernie is using his extensive knowledge of the North Slope to connect wide-ranging technical capabilities at Sandia to issues of national importance, especially relevant for the International Polar Year 2007-2008. After October 1, Bernie will split his time between work for Sandia and ARM-related work. Bernie will report to the ARM Operations Manager in his new position.

As NSA Science Liaison, Bernie will promote the use of the ARM NSA facilities for the DOE ARM Program and will assist with coordination of NSA activities with local, state, and federal organizations and agencies. He will provide information and make recommendations on activities associated with the new Barrow Global Climate Change Research Facility. Bernie will continue to serve as the principal point of contact for the NSA with the Barrow Arctic Science Consortium (BASC), the Arctic Research Consortium of the United States (ARCUS), and continue to coordinate activities with the interagency SEARCH (Study of Environmental Arctic Change) program through the ARM Program Manager. In his new role, Bernie will also assist the NSA Site Manager with the coordination of field campaigns at the NSA as needed. Please congratulate Bernie and support him in his new role as NSA Science Liaison.